Chapel of Hope in The Christian Chronicle 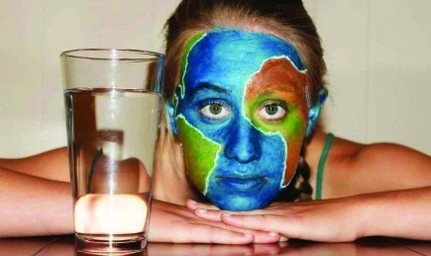 A year and a half ago, Anabel Reid and fellow Abilene Christian University volunteers helped clear a pasture at Medina Children’s Home.

On a recent Saturday, supporters of Arms of Hope — the ministry that oversees the children’s home — celebrated the opening of a 250-seat chapel built on the tree-lined site where Reid donated time and sweat.

Arms of Hope dedicated a prayer room at the new chapel in memory of Reid, a 19-year-old sophomore killed last fall in a bus crash on her way to ACU’s annual Medina service project.

A slide show played at the ceremony showed Reid sporting a purple Abilene Christian shirt and holding a chainsaw — a big smile on her face.

“There were pictures that I had never seen,” said Shelly Reid, Anabel’s mother and a member of the Broadway Church of Christ in Lubbock, Texas. “That always takes me back a little bit. But I wouldn’t trade that.”

The yellow-brick Chapel of Hope features a 45-foot-high bell tower and is designed to serve the spiritual needs of at-risk children and single-mother families on the Medina campus, about 225 miles south of Abilene, Texas.

Curtis and Molly Bedrich, members of the Spring Creek Church of Christ in Tomball, Texas, gave the money to build the 7,600-square-foot chapel in Texas Hill Country. Tammy Baker of Abilene donated the bell.

Since 2009, 76 children and young adults have been baptized at the Medina Children’s Home, said Troy Robertson, Arms of Hope’s director of ministries.

Before the construction of the chapel, spiritual activities were held in a gymnasium.

“While we’re grateful for that space, the chapel now offers our residents and visiting groups a beautiful and tranquil place to pray, worship and feel the presence of the Lord,” Robertson said in an e-mail. “I know that God will use this chapel in many different amazing ways, but none more important than using it as a tool to offer redemption and help repair the broken lives of our precious residents.”

AN EMOTIONAL RETURN TO MEDINA

Anabel Reid was on her way to serve and encourage the residents of Medina Children’s Home when tragedy struck.

She died Nov. 4 when a bus carrying a 16-person mission team from ACU’s Agricultural & Environmental Sciences Department crashed near Ballinger, Texas, about a third of the way to Medina.

The driver, ACU professor Michael Nicodemus, lost control and struck a culvert. According to a Texas Department of Public Safety report, Nicodemus cited drowsiness and said he may have closed his eyes for a few seconds.

As the vehicle overturned, its canopy ripped away, ejecting 12 of its occupants. Most suffered injuries, but all but Reid survived.

Two of those survivors — ACU professor Emmett Miller and his wife, Pat — have helped lead the Medina mission trip for seven years. Their son Terry Miller and daughter-in-law Beth formerly served as relief houseparents for the children’s home, established in 1958.

Joining the tribute to Reid, Emmett and Pat Miller, both 64, returned to Medina for the first time since the crash.

“There’s a lot of emotion all the way around,” said Emmett Miller, a long scar on his right hand providing a visual reminder of the tragedy.

Seeing the newly built chapel — in the same place where Anabel worked so hard in 2010 — conjured up a flood of memories and emotions, he said.

“Anabel loved to come down here and work,” said the professor, who has taught at ACU for 24 years. “She loved to serve other people and do things for other people.”

‘THE MOST PREPARED TO GO’

Two weeks after the crash, her family moved the comatose mother and grandmother to a hospice center in Abilene. With doctors finding no evidence of brain activity, Emmett Miller resigned himself to honoring his wife’s desire — outlined in a living will — not to remain on life support.

“She is in no pain and is at peace,” he wrote on his Facebook page. “We are allowing her wishes of going home where she will no longer hurt, but rejoice in heaven with those who have gone before.”

But on Nov. 19, Pat Miller opened her eyes and started asking about people.

“All we can say is that the good Lord took care of it,” Emmett Miller said.

He chuckled as he described a conversation with the hospice nurses the next day: “They said, ‘We’re going to move her over to the regular hospital.’ But they said, ‘We don’t know how to do that. We don’t ever do that.’”

Pat Miller remained hospitalized for two months after that.

“So many people come up and say, ‘I prayed for you,’” she said. “It’s prayers that got me through it, I feel like.”

As for Anabel Reid, the Millers said they take comfort in knowing that she was a dedicated disciple of Christ and fully ready to meet her Lord.

“Out of everybody on the bus,” Emmett Miller said, “she was probably the most prepared to go.”

SHE WANTED TO ‘CHANGE THE WORLD’

When asked what she wanted to do with her life, Anabel Reid once answered with a photo.

She submitted a picture of herself — next to a glass of clear water, with her face painted to resemble a globe — as part of a video project for a scholarship application.

“She wanted to show that she planned to bring clean drinking water and the joy of the living water of Jesus Christ to the world,” her friend and classmate Lindsey Roach said in a description of the photo on Facebook.

To help fulfill her dream, the ACU community recently hosted the first Anabel Reid Run for Water. Runners and walkers logged thousands of miles during the 24-hour event and raised more than $30,000 to build water wells for Tanzanians, her mother said.

“Anabel was all about changing the world, just like her boyfriend, Alex Wann,” said Jarrod Anthony Bray, 22, a senior outdoor studies major and one of the water run’s coordinators. “We wanted to honor God through her passion, which was bringing clean water to people that could not access it.”

A duplicate plaque will hang in the prayer room named after the crash victim.

“Anabel spent a substantial amount of time serving and helping others,” McDonald said. “The reason why that’s so special to Arms of Hope, and to me, is that we can’t do what we do without a whole lot of Anabels.

“The fact that God decided to bring her home when she was en route to here opened our eyes … to the sacrifice that so many people make on behalf of making this ministry successful.”

Students who survived the crash planned to participate in the Medina ceremony but stayed home when a bus like the one involved in the crash was assigned to the trip, the Millers said.

“There were unforeseen transportation issues at the last minute that kept our students from making the trip,” said a statement by Ed Brokaw, chairman of ACU’s Agricultural & Environmental Sciences Department.

Tiffany Lutz, a senior animal science major, said she regrets not being able to attend. However, Lutz hopes to return to Medina Children’s Home next school year.

“I’ve gone to Medina every year since coming to ACU,” said Lutz, 21, who suffered a broken neck, back, pelvis and ankle in the crash. “I really enjoy going and interacting with the people there.”

Lutz and Reid were close friends.

“We talked about everything,” Lutz said, “but mostly our dreams of being used by God to make a lasting impact in the world.”

For Shelly Reid, the efforts to keep her daughter’s legacy alive bring joy and gratitude, she said.

“Joy is almost always the overriding emotion in anything that was connected to Anabel at all,” Shelly Reid said. “Anabel was service. Anabel was a servant. More than anything on this planet, that’s what Anabel was all about.”