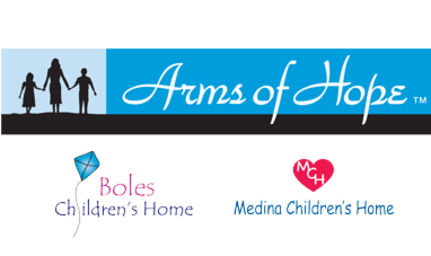 A group of kids from the Medina Children’s Home got their Christmas lists for Santa Claus answered early this year with a night of presents, dinner and shopping.

Texas philanthropist Vic Sahm, his family and a few local businesses brought Christmas to 20 kids from the children’s home in Medina. The kids are residents of Arms of Hope, a Christian program for single mothers and children whose parents cannot afford to take care of them.

“We’re really going to treat them like royalty,” Sahm said.

After a few hours of playing with Sahm’s kids and grandkids, the children were taken to Inn of the Hills, where they were treated to dinner and dessert courtesy of general manager Marian Schlunegger and staff. They also received $35 gift cards to Walmart, which was the final destination for the evening.

After arriving at the store, Walmart manager Bobby Pruitt and staff members surprised the kids by transforming the store’s employee lounge into a “winter wonderland,” complete with a Christmas tree, cookies and punch and a visit from Santa Claus.

Santa distributed presents and posed for pictures with the kids. According to Sahm, Walmart’s employees pitched in to pay for the presents, which were about $25 each.

“I think that so much was gained for the children, and it took so little,” Sahm said. “It makes you feel like you’re doing what you’re supposed to be doing.” After posing with Santa, the kids roamed Walmart with members of Sahm’s family, looking for presents to buy with their gift cards. Several of the kids latched on to their preferred toys and hugged them repeatedly, like 8-year-old Argentina Troxel, who picked out a robotic bug.

“I’m excited to get my robot. I’m happy,” Argentina said.

According to Parker Sanderson, director of ministries for Arms of Hope, this may likely be the only holiday event for the kids this year, which made the night even more special for them.

“Some of them come from backgrounds where this is their Christmas. I think it’s an amazing blessing for them,” Sanderson said.